I have a medical and trauma background first established within British Military, and I served in every operational conflict in which the UK has been involved between 1993 – 2005. I have served in the Balkans, Middle East, West and East Africa in theatres of operational conflict or peacekeeping and humanitarian roles.

A major part of this role was training other personnel, in trauma and medical approaches and other disciplines. This was within my own regiment or unit, or those of other military forces around the world. This was often achieved through an interpreter and in testing environmental conditions.

Following completing military service, I embarked on joining NHS and attended university as a mature student. I gained a Bachelor of Science in Nursing & Health, and this built upon my Para-medicine role in military. I had opportunity to join the Fire and Rescue service soon after and completed seven years’ service alongside working for an NHS Locum agency, where I had opportunity to work in emergency departments, critical care, trauma & orthopaedics, elderly care and general medical wards to name some.

The Fire and Rescue service gave me operational professional rescue experience in responding to a wide variety of emergencies, and I had opportunity to put many of my skills into practice. I particularly became passionate about RTC expertise and training and I became involved in entering professional rescue challenges to develop advancement of professional rescue. I operated with my team at national and regional level and then progressed to become an assessor for the United Kingdom and World Rescue Organisations. I have assessed at every level up to World standard. I have seen first-hand the damage that road traffic deaths do families and people, when there is nothing more, we can do to save a life in emergency department resuscitation at the major trauma centre. It then hit me that training and education along with initial interventions at the rescue scene are the key factors to help lower and reduce deaths.

I have also worked as a consultant for ATACC Group and was Education/Training Manager… Development of educational material, establish regulated qualifications through awarding organisation, and teach, train and assess; Indusrty, Fire & Rescue, UK Police forces from emergency first aid at work right up to tactical medicine for authorised firearms and counter terrorist specialist firearms officers (CT-SFO’s). This is key considering terrorism in UK with a number of high-profile incidents in May/June of 2017 and since

“I am passionate about training and upskill of others in the rescue field discipline. I diligently wish to approach this at all times to deliver the best for the most, for learning is like the horizon; there is no limit” 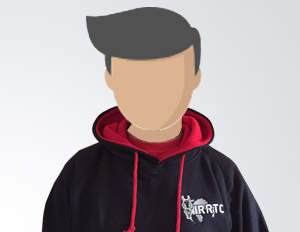