Neil is a highly motivated professional with 30 years’ experience as a senior uniformed Fire Officer within Greater Manchester Fire & Rescue Service (GMFRS) working at all levels of command and control within that Service.

He is a successful and nationally respected individual across the blue light Emergency Services and UK Military in the fields of multi-agency interoperability, testing and exercising, counter terrorism, security and UK and international training and preparedness in response to a Marauding Terrorist Attack (MTA).

Previously seconded into the Office for Security and Counter Terrorism (OSCT) within the Home Office, London as the National MTA Programme Coordinator, responsible for the management and coordination of the national response to a terrorist attack, including all aspects of testing and exercising, liaising closely with Subject Matter Experts (SME’s) from Police, Fire, Ambulance and Military. Working intensely with the National CT Exercise Team based within OSCT as an SME to develop, deliver and umpire national CT exercises and provide written and verbal feedback at Senior Civil Servant and Ministerial level.

Neil was directly responsible at the Home Office for the production of current national multi-agency doctrine ‘Responding to a Marauding Terrorist Attack – Joint Operating Principles for the Emergency Services Edition 1’ and initiating changes from MTFA to MTA, reflecting the broad spectrum of terrorist attack methodologies experienced both nationally and internationally. Responsible for ensuring national testing and exercising reflects these attack methodologies through robust scrutiny and quality assurance processes.

A Member of the Security Institute. Neil was deployed in 2020 to Jamaica working for the British High Commission based in Kingston as an SME to train Jamaican Constabulary Force, Major Organised Crime Agency and Anti-Corruption Agency (MOCA), AirCops and Jamaican Customs and Immigration Agencies in Behavioural Detection, command and control and to test and exercise multi-agency interoperability at Norman Manley Airport. 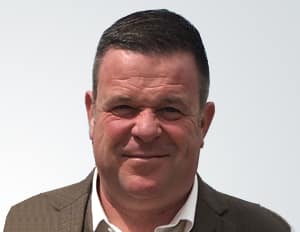