The one element of the role he always particularly enjoyed is the training of personnel for them to be better and safer at operational incidents. This is why he entered the training department in South Yorkshire and then became the deputy lead for vehicle extrication for the service.

Before working in the training department, he was an operational firefighter on frontline duties and for a seven year period served on South Yorkshire’s Technical Rescue unit which attended many major operational incidents across the county including regular Road Traffic Collision incidents.

For 6 years he competed in South Yorkshire’s extrication team at International level and represented the country in Johannesburg, Prague, Canada, New Zealand and Cape Town finishing in top tier positions before winning the world championships in the UK in 2004.

In 2006 he was asked to become an assessor for the United Kingdom Rescue Organisation (UKRO) and quickly qualified to assess Regional, National and World challenges and has assessed at many National challenges across the world including the World Rescue Challenge in Brazil 2016.

As well as his role as an assessor, Steve has also worked on a voluntary basis on many International Development Projects in Ghana, Moldova, Serbia, Tajikistan and Ukraine. This is something that he very much enjoys and is currently the project lead for Ukraine.

He was appointed as Technical lead for the UKRO Extrication Review Group and later in 2014 was promoted in the UKRO to Deputy Extrication lead and Assessor coordinator for National challenges. Steve is now UKRO Assessor Development Officer and Quality Assurer helping to develop and maintain the skill levels of the UKRO RTC Extrication Assessors.

The Rationale is simple:

“During my Fire Service career, I dedicated myself to saving lives and improving standards of rescue crews both here in the UK and Overseas. I very much enjoy sharing the knowledge on a humanitarian basis helping countries less fortunate than ours. I still believe that there is much more to teach before hanging up my overalls!!” 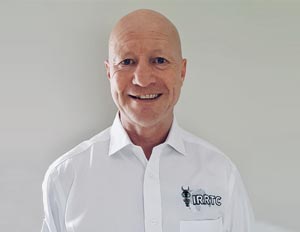